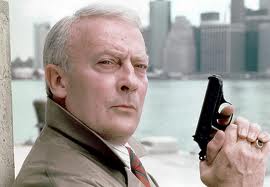 When the news surfaced a few years ago that Hollywood was planning a big-screen adaptation of classic 1980s CBS series The Equalizer, my first thought was “uh-oh”. Film versions of much-loved television series generally tend to be crap. For every Charlie’s Angels (which had the good sense to embrace the silliness of the series) there’s a Starsky and Hutch or The Avengers.

Even more troubling was the news that the role of Robert McCall, the guilt-ridden former espionage officer who meted out justice for New York underdogs as a way to redeem himself for his past sins, wasn’t to be played by an Englishman. The success of The Equalizer always rested on the performance of Edward Woodward and his RADA-trained, clipped delivery of menacing promises to hoodlums. So much, in fact, that after Woodward suffered a heart attack and was briefly replaced by Richard Jordan, and by another iconic actor, Robert Mitchum, the show began to suffer (fine though Mitchum was).

Woodward brought a host of wonderful baggage to the role (the tenacity of Breaker Morant; the inner conflct of Sergeant Howie; and most of all, the bitterness and self-loathing of David Callan). Callan was a touchstone for The Equalizer (ur-text is the currently fashionable term). 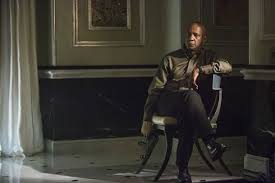 The upcoming film has cast that most American of movie stars, Denzel Washington, and based on the trailer, it looks as if I can relax: the filmmakers have kept the show’s gritty tone and air of cynicism, and it looks like the film will have a fair slice of violence.

Washington, looking good bald, usually excels at these sorts of roles. The story has him up trying to save a girl and going up against the Russian mob, and if parts of this seem familiar, it may be because the part and scenario are reminiscent of the excellent Man on Fire. The film is directed by Antoine Fuqua. Fuqua gets a lot of flak because sometimes he can make shite (Olympus Has Fallen, Tears of the Sun), but he knows how to piece action together (The Replacement Killers, Shooter). More importantly, he’s interested in character. The last time he worked with Washington, we got to enjoy Training Day. Here’s hoping that once again King Kong ain’t got shit on Denzel. 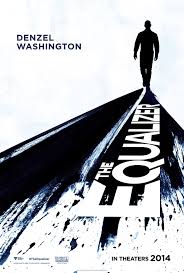 The real question, is will the film reprise Stewart Copeland’s iconic music?

One thought on “The Equalizer: Will Washington Equal Woodward? (Trailer Review)”