Yes, I’m just as surprised as you.

The only thing I usually inspire is the cat to get all Luis Suarez on me. 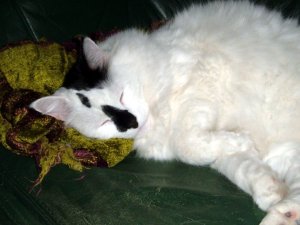 Don’t be fooled by his cuddly appearance: this is a Weapon of Mass Destruction

I’m not sure why anyone would consider a blog consisting of things like complaints about bad superhero films, maudlin homesickness, a John Banville/Enid Blyton mash-up, and Uma Thurman’s pretending I don’t exist would be in any way inspirational. 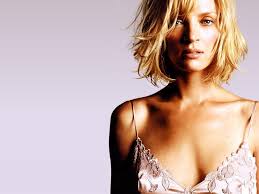 The cover of the restraining order that Ms Thurman’s attorneys sent me.

But the wonderful and rather inspiring Cathy (she of the House of Too Many Books) has nominated me for a Very Inspiring Blogger Award.

Cathy pondering which of her 746 books to read next

You should definitely pop over to 746 Books, if only to read about Liam Neeson’s mammy. Cathy is a Very Inspiring Blogger herself, and deservedly so: she has great taste in fiction (also in films, with the exception of Footloose). She used to live in an odd little house with its own moat; visiting her made me feel like a knight-errant rescuing a damsel in distress. 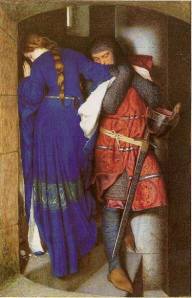 And I would like to nominate the following for the Very Inspiring Blogger Award; check them out if you can.

Beanmimo. Ben inspired me to start a blog. He writes about films, books and all sorts of interesting cultural events in Ireland. We’ve been friends for years; email me if you want to know all his darkest, troubling proclivities.

Lauren Randalls is a very talented artist who had the decency to send me one of her sketches as a prize in a contest, even though I didn’t really deserve it.

Beetleypete writes some wonderful film reviews, but he has also done some personal blogging about his life as an ambulance man in London.

I really enjoy Really!!? which has some great posts on popular culture, and should be required reading for Mad Men fans. Some great movie blogs that I always have a look at are Movie Rob, The Sporadic Chronicles of a Beginner Blogger, Cinema Parrot Disco, A World of Film, and the always reliably snarky Verbal Spew Review

I just discovered a brand new and very funny travel blog called What I Did on My Holidays. I hope that Gilly has lots and lots of holidays and blogs about them. Her account of her trip to the West of Ireland will make you weep with laughter.

I believe the done thing in these Thank You posts is to tell you something about me.

2. I live in a very small town. I work part-time at a garden centre run by a gay couple, leading several villagers to wonder if I’m getting ready to come out of the closet. One customer wanted to know if “I’d been turned” by working there, because of, you know, gaydiation.

3. Because I live in Canada, Autumn is my favourite season.

5. Time does funny things to people. How did I go from this chubby cherub

to this spirited boy

to this literary wunderkind

to this increasingly frumpy middle-aged man

to this shabby, grey old codger 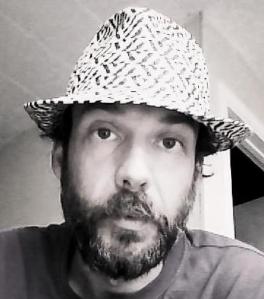 The Fluff is Ageing as well as Raging.

I hope I make Cathy proud that she nominated me. I will continue to try being an inspiration to other self-obsessed bloggers.

6 thoughts on “I’m a Very Inspiring Blogger. No, Seriously”