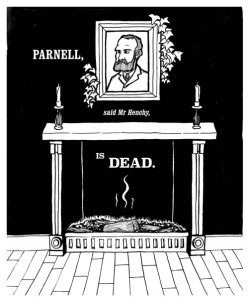 Who would risk opening a publishing house in this day and age?

Several years ago, Irishwoman Linda Fallon followed in the footsteps of many Irish literary forebears, including Wilde, Joyce and Beckett. She moved to Paris. She is now the head book-buyer for Shakespeare and Company, where Joyce himself used to hang out (owner Sylvia Beach was his first publisher). 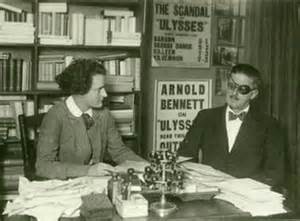 Sylvia Beach and Joyce at the bookshop Shakespeare and Company in Paris. Source: lyssahumana.blogspot.com

As if living in Paris and working at one of the most famous bookshops in the world wasn’t enough, Fallon and fellow bookseller Terry Craven have co-founded de Selby Press with the intention of publishing Irish writers based in France.

It might be seen as a brave – or foolish – move. After all, aren’t books dead? That’s what they keep telling me.

Thankfully, Fallon and Craven still believe in the printed word. Fittingly for the two booksellers, their first book will be a beautiful edition of James Joyce’s Dubliners. The book will have beautiful illustrations by Stephen Crowe.

If all goes well, the book will be launched at Shakespeare and Company on September 4th.

An ambitious project such as this needs support, though. de Selby Press has launched a crowdfunding campaign with the goal of reaching 10,000 euros.

You can contribute as little as five euros, or as much as, well, whatever you want. There are wonderful rewards for each level of donation, from a thank you on the website to an invitation to the book’s launch and exclusive VIP dinner afterwards.