July is almost over, so  thought I’d look back at some of the month’s highlights from the blog and around the blogosphere. 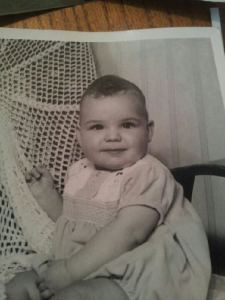 Portrait of the Fluffster as a Young Man

The month started on an inspired note for me when I was nominated for a Very Inspiring Blogger Award. I decided to mark the occasion by finally starting a Facebook Page for the blog.

Irish bloggers rejoiced when the Blog Ireland Awards announced its Long List for 2014. I am thrilled and honoured to have been nominated in the Best Diaspora category: many thanks to all the bloggers who nominated me. The awards are a great chance to check out some excellent blogs. The organisers are also looking for judges if anyone’s interested.

Another Long List of note is the list of novels for this year’s Man Booker Prize, which for the first time is open to books in English from around the globe, instead of only Britain and countries it used to own. Thirteen novels – including four from the United States – are on the list. Eileen Battersby at The Irish Times – who I think is one of the best literary critics on the planet – thinks it’s a very dull list with several serious omissions.

Elsewhere in book news, there is a new Paris-based Irish publisher, deSelby Press, which is currently in the final hours of crowdfunding for its debut book, a 100th anniversary illustrated edition of Dubliners.

Speaking of Dublin, news that one of its most famous landmarks, the Pigeon House, might be torn down has spurred Dubliners into action. If you follow any Irish blogs you may have noticed a spate of photos of two rather ugly-looking chimneys in recent weeks. You may have also seen a lot of stuff about Garth Brooks not coming to Dublin.

Cathy at 746 Books is getting through twenty books for the summer. I am trying to read along with her, but have only managed three so far (I’m a slow reader).

Because we are at the halfway mark, plenty of bloggers have done round-ups of the best – and worst – films of the year so far. BeetleyPete continues his series on Significant Songs with a great post about Northern Soul.

MovieRob continued his excellent Genre Grandeur series, this time on Aliens movies. I contributed a few reviews, including this one on the bizarre and wonderful Under the Skin. Rob is always looking for guest reviewers: Head over there in August as he is hosting a month of reviews of war movies, and co-hosting a tribute to Alfred Hitchcock with Zoe.

Movie reviews of a different … texture can be found at IPC’s Summer Shitfest.

Jordan and Eddie each took a look at 10 Classic Screenplays.

The Internet exploded a few weeks back when rumours about the second season of True Detective surfaced. It’s looking more and more like Colin Farrell will be part of True Detective and Brad Pitt won’t. As for the plot, it sounds like warmed-up Chinatown to me (or warmed-up Who Framed Roger Rabbit, if you prefer). We were told that the cast would be confirmed imminently; we’re still waiting, and FX stole some of HBO’s thunder when it announced the second season of Fargo.

The Dublin Fringe Festival is underway: all sorts of theatrical oddities can be enjoyed, such as this one-woman exercise in creepiness that Beanmimo reviewed.

Speaking of creepiness, I rewatched Jonathan Demme’s Silence of the Lambs for Cinema Parrot Disco’s imdb250 Challenge (an amazing, ongoing blogathon) and David Fincher’s Seven for A World of Film.

What I read: The Ask, A Sense of an Ending, The Spinning Heart, The Double, The Maltese Falcon, and Elegy for April

What I listened to: I’ve spent most of the last three weeks obsessively listening to I Draw Slow and Courtney Barnett.

Who I followed: WOMEN RULE WRITER, Girls Do Film, Cupid or Cats, What I Did On My Holidays, as well as several others.