The month of October is about settling in by the fire with a warm cuppa and having the Bejeezus scared out of you with horror movies. If you’re looking to binge-watch a few horror flicks, you should go over to Shocktoberfest or Horror Movie A Day for some ideas of what to watch. 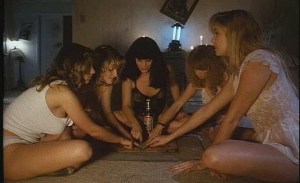 As you know, characters in horror films, especially slasher pics, tend to do incredibly dumb things like split up or go into the cellar or keep tripping over twigs in the forest, and are generally so unprepared for the killer that you’re sort of glad they get bumped off: it’s probably better for the gene pool.

But do you think you could do any better? If you were in a horror film, how would you survive? What on earth should you pack? 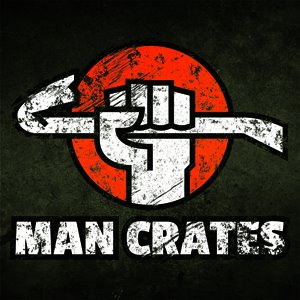 The lovely people at Man Crates have asked me to come up with some things to pack in order to survive a horror film. Man Crates is a cool company that shifts awesome gifts for men on crates that you have to open with a crowbar: none of your girly ribbons  and tissue paper for these blokes, thank you.

They have a few ideas of their own on how to make it through a horror flick.

In the event of a zombie attack, they’ve got you covered.

Because it’s a crate, right away, I’m thinking, don’t put the Ark of the Covenant in there, unless if course you come across some Nazis, in which case, let rip with that baby.

But I digress. If you are a character in a horror film what sort of preparations should you make to ensure you make it all the way to the end of the final reel?

Let’s assume, first of all, that you bring all the basics along

What else should you consider? 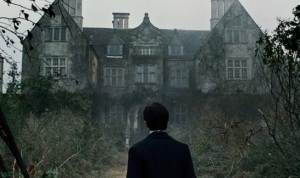 Pick your destination carefully. If you’re planning your dream home, get a decent surveyor in first to ensure you’re not building on a cemetery, an Indian burial ground or other sacred site.

Avoid places with a grim history, such as parts of New England, the Deep South, England’s moors and fens … all of Maine.

Seemingly idyllic villages and anywhere near a lake are to be avoided.

If you’re heading on vacation, although abandoned summer camps and old hotels might have great off-season rates, you should really check what Trip Advisor has to say before you choose.

Bring along uninteresting, non-curious friends. Seriously, spend a weekend at the cabin with dull people who only want to read a paperback or drink a lot. Do not go away with people who want to open the dusty book on the shelf or check out what’s in the cellar. Also, the idiot who says ‘let’s split up’ – Kill that guy right away because he is going to get you into a whole heap of trouble. Likewise ‘everything is going to be OK’ and ‘I’ll be right back’ are meaningless phrases in a horror movie. 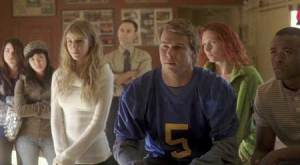 Make sure you are none of the following:

A Dumb Jock: He’ll get killed right after he nails the cheerleader. 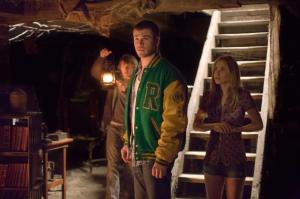 A Smart Ass: he’ll probably make it almost to the end with you, annoying you with his jokes, before the killer gets him (probably in an ironically amusing way)

A Bimbo: She’s the one who looks in the cellar or suggests splitting up

A Buxom Girl Who Badly Wants A Shower

A Surly Goth: she’ll make you feel square and small with her snide comments and ultra-cool detached attitude right up until she gets fed into the woodchipper.

Someone Who Isn’t White: although there are a few examples of black people who somehow survive horror flicks, the genre is usually not kind to minorities.

Be the Final Girl.

In other words, be Jamie Lee Curtis

If you’re a bloke, be Peter Cushing

4. WHAT SUPPLIES SHOULD YOU BRING?

Would it kill you to bring along some batteries for the flashlight and a spare can of petrol?

Leave your mobile phone at home. You’ll spend crucial minutes panicking trying to get a signal 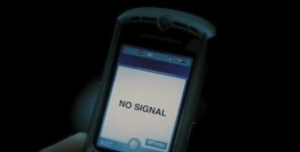 In fact, don’t bring any technology of any kind. Televisions, video tapes and computers should be thrown out.

Also, unplug the phone from the wall. 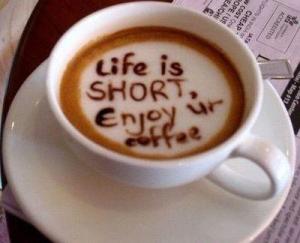 Cold Medicine: for when you start to get those suspicious sniffles and unexplainable fever, rash and headache

Of course, if someone else gets sick, it’s only a matter of time before they start biting you, so you’ll need to kill them, which brings me to

Is there no better way to dispatch a marauding horde of zombies than with a piece of wood usually associated with America’s favourite pastime?

International variations include a cricket bat, a hockey stick, and a hurley.

If you really want to get meta and, you know, deconstruct the psyche of the killer, you could discombobulate him by adopting his weapons 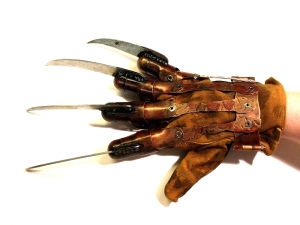 Dogs and cats are good to have around for two reasons. Firstly, they are adept at detecting evil spirits. Secondly, they never get killed. Horror screenwriters will slaughter people by the carload, but Tabby and Rex will emerge unscathed.

Exception: If you and your dog are at an Antarctic research station.

You might also want to shop at Man Crates.  The crowbar will come in handy.