In part this is a branding decision, as it ties in better with the name of the blog’s Facebook page and my Twitter handle. 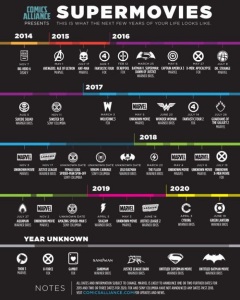 In part it’s because it has become obvious that although I am still silent, still cunning, still in exile, and still using maple syrup, I am blogging less about being an Irish ex-pat (the original intention of the blog) and more about whining about crappy TV shows and movies.

You will notice I have also changed the theme to Intergalactic, which is a newish theme from WordPress.

Although the look has changed, some things remain the same. The Royale With Cheeseathon continues, so if you want to send me a piece about Pulp Fiction, please do.

I have not been blogging here daily as I have been quite busy with other stuff (mostly catching up on movies and writing stuff for 2Paragraphs.com)

But I wanted to give a few mini-reviews (fluffettes?) of things I have seen recently.

When We Were Kings

Last week was the fortieth anniversary of The Rumble in the Jungle: the Ali-Foreman fight in Zaire. It was a momentous occasion from a very different time in sport: part boxing match, part carnival sideshow, part media fairytale. If you have not seen the fabulous documentary on the fight, remedy that immediately.

Norman Mailer is one of the interviewees in the documentary; I would highly recommend reading The Fight, his enthralling account of the event.

A bit of a disappointment. When I saw the trailer I was expecting a raw, sordid, depressing, and visceral apocalyptic movie. This Australian film has arresting images and moments of greatness, but all in all it has less of the grit of The Road and more of the sap of Deep Impact. Spoiler Alert: The world ends. 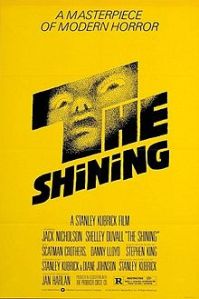 It’s a well-known fact that Stephen King hates Stanley Kubrick’s film of his novel The Shining. It turns out he hates Room 237 just as much. This is a very bizarre but engrossing documentary about obsessive fans of the horror film, and the strange theories that they have about what Kubrick intended. Did you know that the film is really about the Holocaust? The massacre of the American Indians? The Faking of the Moon Landing? That it has a strange connection to Jesus Christ Superstar? That the only way to understand it is to watch it backwards and forwards at the same time? You will never look at The Shining‘s continuity errors in the same way.

I am halfway through the Robinson Crusoe meets MacGuyver novel about the astronaut stranded on the Red Planet. I borrowed it from the library because I know that Ridley Scott is adapting it for the big screen. It’s fascinating but also maddening: the novel’s focus is on how one man can survive on Mars, and the attention to details about chemistry and engineering sound accurate, but I’m still waiting for a description of what Mars looks like.

I have just finished season 3 of the HBO gangster drama, set in 1920s Atlantic City. It’s a brilliantly-written and marvellously acted series (exception: Michael Pitt – I think he’s atrocious), with fabulous costume and production design (because it’s on HBO there is a fair amount of nudity, and much like Game of Thrones, there are plenty of scenes where old and ugly men discuss weighty political matters while young pretty women cavort naked in the background.) Speaking of the background, I have been pausing the image and squinting into the space behind Steve Buscemi looking for my good friend David (he’s an extra in it, and I’m sure I’ll see him at some point.)

Irish readers take note: there are lots of Irish characters in the series, but none of the dodgy fake Irish accents of The Knick (although Scot Kelly MacDonald does let hers slip a bit.) This may be the first time in history that an American drama name-checks Barry’s Tea. Also, at one point Steve Buscemi says ‘I’ve made a bollix of it.”