What’s It About? With his wife’s disappearance having become the focus of an intense media circus, a man sees the spotlight turned on him when it’s suspected that he may not be innocent.

Will It Win? No. Rosamund Pike is brilliant in it, and when the film was released it was clear her name would be showing up at awards time. But Julianne Moore seems assured to win Best Actress for Still Alice because this season she has won practically every other award on the way to the Oscars (a review of Still Alice will appear in these pages, as they used to say, soon). 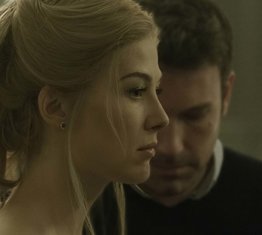 And why only one nomination for a film that for a while was the only movie anybody was talking about? Nothing for David Fincher or his technicians. Nothing for Ben Affleck. Nothing for Gillian Flynn, who adapted her own best-selling novel. Surely the twisty-turny script with its sudden shock moments would get a nomination. After all, both The Usual Suspects and The Crying Game won Best Screenplay, didn’t they?

How could a film that dominated the culture so much on its initial showing have fallen so far from people’s minds come awards season that – Pike’s performance notwithstanding – it’s forgotten and ignored? It’s now little more than the middle child of 2014 cinema, as Tyler Durden might say.

Could it be the case that we all lost the run ourselves last October? Could it be that it’s not all that good after all?

I think I overpraised Gone Girl in my original review, perhaps because I saw it during its initial release, when it was all anyone wanted to talk about and the white heat the film’s discussion generated left scorch marks on the zeitgeist. You remember, surely, how it was the anti-marriage movie, the anti-date movie, how it somehow managed to be both misogynistic yet also a feminist masterpiece. It was difficult for me to view the film and remain dispassionate about its concerns.

Now, however, with some distance the film’s talking points have cooled quite a bit, and a second chance to watch the film is welcome. And what better day to watch a psychological thriller about the expectations, disappointments and sometimes brutal realities of marriage than Valentine’s Day! 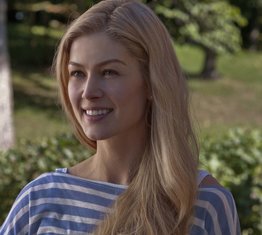 I originally wrote that it was David Fincher’s arthouse version of a pulp thriller; I still think that, and I still hold to what I thought about Pike’s performance, that she and Fincher exploited her somewhat cold, brittle demeanour to produce “an exquisite performance as a character who will be equally loved and hated, warm when it needs to be, smooth as silk, sharp as a knife.” 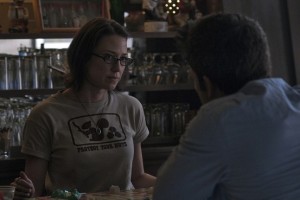 While Pike’s nomination was no surprise, the real shock is the fact that Carrie Coon was not recognised in the Best Supporting Actress category. On a second viewing, it’s even clearer that she is the best thing in the film, turning in a natural, warm performance without even a glimmer of artifice.

Neil Patrick Harris is quite good in a creepy role, but I still feel the part is underwritten. He is a gifted light comic actor, and I know he will make an entertaining, classy Oscars host, but he could have a serious dramatic career in the right sort of roles. Fincher is supposedly planning a remake of Hitchcock’s Strangers on a Train. Neil Patrick Harris might be an interesting choice for the Robert Walker part. 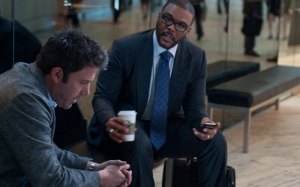 Also, I was quite impressed with Tyler Perry; he brought some much-needed comic relief (even if he regretted being in the film). 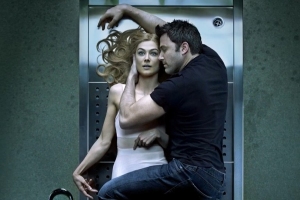 Technically, the film is flawless, as is always the case with Fincher. He is a perfectionist and leaves little to chance, and will make his actors go through many, many takes to get the scene. Presumably he wants you to notice how the light falls on Ben Affleck’s penis.

As well-made as the film is, I still felt somewhat removed from watching it. Its script has many turns and shock moments, but the film lacks energy; shouldn’t a thriller be, you know, thrilling? I know exactly what’s going to happen in The Usual Suspects and The Prestige, but I still enjoy rewatching them (and have done many times).

Then again, is it a thriller? Or is it really a satire on modern marriage and the media? The portrayal of the brassy blonde cable news personality is spot on, as is the seemingly classier, faux-emotive Sela Ward character. 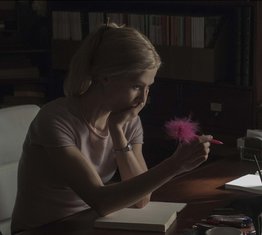 Is it in fact a comedy (a dark comedy, but a comedy nonetheless)?

I originally rated this 4 out of 5 but I am going to downgrade it to: 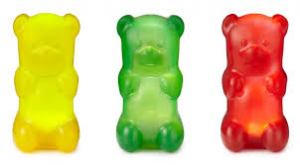 Three Gummy Bears out of Five

The motel couple: I can’t remember how Flynn resolved this dilemma in the book – perhaps she didn’t – but isn’t there a chance that the motel couple would recognise Amy, now the most famous woman in the country? Wouldn’t that destroy her entire story?

Nick Dunne’s father: Again, I cannot recall if this was an important part of the novel, but why was this tiny, distracting subplot in the movie?

Kim Dickens: When I first saw her, I thought she was the nasty cop from the hospital in The Walking Dead. She isn’t; she just looks like her (thanks for the correction, Marta!) But, hey, she’s going to be in the Walking Dead spin-off.

And her partner is Patrick Fugit from Almost Famous: I can’t look at him without thinking of the word “incendiary”.

The Title Sequence: Unusually for Fincher, the credits go by fast, and I only noticed on a second viewing that the names barely register before disappearing, which is a neat way to foreshadow the film’s plot.

Trent Reznor’s score: Mr. Fincher, either go back to peppering your movies with an interesting, cool selection of songs, or hire another composer. The dissonant electronic drone was fine for The Social Network because it suited the setting, the characters and the story’s sense of being just on the tip of an uncertain future. I don’t think the same approach was right for Gone Girl.

The cat: I forgot just how often the cat showed up. He was like Nick Dunne’s familiar. Why didn’t the cops interview him? He’s witnessed more marital dysfunction than any pet deserves 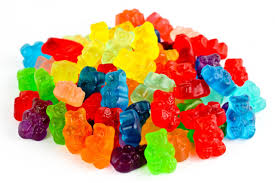 Gummy bears: Did sales go up after the film? 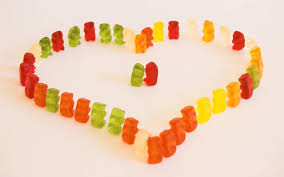