There’s a lot of geekalicious movie news out there, what with the new Avengers movie, a new Spider-Man, a totally batshit crazy-looking new Mad Max movie, a cool-looking big screen version of The Man from U.N.C.L.E., and a possible return to form by Guillermo del Toro.

Cara over at Silver Screen Serenade has done a nice job of rounding up all the assorted cinema and gaming geeky stuff heading our way. It includes horror, superheroes and, er, Lady Gaga.

Click on the Marvel/DC Comics mashup of heroes to read it.

About the only thing missing from Cara’s post is the totally awesome news about Neill Blomkamp’s plans for a new Alien movie.

There’s a lot to talk about here, but it boils down to the following:

1. There will be a new Alien movie

3. We’re all going to pretend that Alien 3 and Alien Resurrection never happened

In much the same way a person in serious denial can mentally skip over their mistakes and pretend they never happened, Sigourney Weaver will return to her most famous role of Ripley in a new Alien movie that will be a direct sequel to James Cameron’s Aliens rather than the two not-so-good follow-ups.

Although director Neill Blomkamp is teaming up with Weaver for what is technically the fifth film in the franchise (the eighth, actually, if you include the two Alien versus Predator films and the Alien prequel Prometheus,although I’d understand if you wish to forget those), the new film will ignore the events of Alien 3 and Alien Resurrection.

Talking to Sky Movies, Weaver said “I would love to take Ripley from orbiting around in space and give a proper finish to what was such an excellent story.”

Blomkamp sees the new film as “literally the genetic sibling of Aliens; so it’s Alien, Aliens, this movie.” So no bald monks, no horrific cloning experiments. 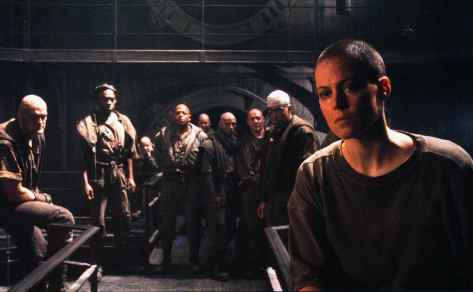 UPDATED FEBRUARY 28th: actually, while Blomkamp wants to connect it to Alien and Aliens, he says he’s NOT going to ignore Alien 3 or Alien Resurrection.

“I’m not trying to undo Alien 3 or Alien: Resurrection,” Blomkamp said, adding, “I just want it to be connected to Alien and Aliens.”

Does this mean the return of the little girls Newt and rugged Corporal Hicks? And given that Blomkamp’s new movie CHAPPIE is about a lovable robot, can we hope that the new Alien film will see a return of the heroic artificial person – and knife enthusiast – Bishop?

God, I hope so, but … and prepare to feel old … Lance Henriksen will turn 75 this May. He’s still working, though, and working hard (he has 10 movies coming out this year).

Wouldn’t it be cool if they could concoct a story that involved both Ash and Bishop? 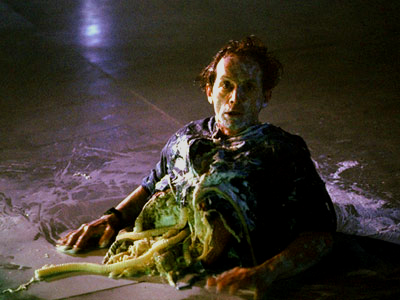 I am not sure what this Alien sequel will mean for Ridley Scott’s prequel-sequel, Prometheus 2, but the marketing people at Fox must be rubbing their hands with glee at the prospect of releasing the two films in the same year (maybe even back to back!)

I was not a big fan of Blomkamp’s Elysium, and CHAPPIE looks a little too much like Robocop by way of District 9 by way of Real Steel … in other words, it could be Automata all over again.

However, I have faith that Blomkamp can deliver the goods on a new Alien film, and the decision to go back to Cameron’s movie as a start point has me excited.

As a reminder of just how brilliant Blomkamp’s vision of a genetic sibling to Alien and Aliens could be, let’s take a look at the first two films again.

Then, James Cameron’s quite brilliant expansion of the world. Jonesy the cat wisely stayed on Earth this time.

And now, just in case you’ve forgotten, the rest of the movies.

Fincher’s much-troubled, much-reviled Alien 3 (the shaven-headed cast includes Tywin Lannister, the Tetley teabags man, and “I” from Withnail & I)

Then there was Jean-Pierre Jeunet’s Alien Resurrection. It’s a lot like his next film, Amelie, only with more disgusting things bursting out of people’s chest cavities.

Lance Henriksen returned (yay!) in Alien Versus Predator. As a concept for an episode of Celebrity Death Match, it was brilliant. As a movie, though …

Somewhat disturbingly, AVP made a lot of money at the box office. So of course they made a sequel.

Then in 2012 there were multiple nerdgasms all over the world when it was announced that Ridley Scott would return to the world of Alien and make Prometheus.

It was to be a prequel and it would abound in philosophical debate about the origin of life in the universe. Sounds good!

It would have awesome location footage of desolate Iceland. Yay for volcanic wasteland!

And Charlize Theron. Fuckin’ A! Hot blond chick who only pretended to be ugly in Monster  is gonna kick some alien butt!

And Idris Elba. If fuckin`Stringer Bell can`t kill no motherfuckin`aliens, then we all be fucked on the West side of Baltimore. You feel me, dog?

And Michael Fassbender. Maybe he`ll hit the aliens with his massive schlong! 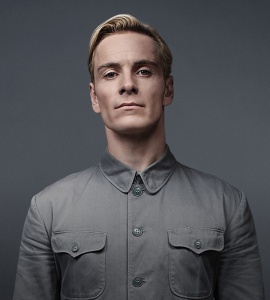 In other words, we were all excited. This is what we got:

Here’s hoping Neill Blomkamp and Sigourney Weaver have something better in mind.

A shorter version of this article appeared at 2paragraphs.com