How can this be? How can a film set in Belfast at the height of the Troubles – about punk music, of all things – be so sweet?

Good Vibrations is a warm, wonderful film about Terri Hooley, the Godfather of the Belfast Punk Scene, who in the 1970s opened a record shop in Great Victoria Street (or “Bomb Alley” as the locals called it), and who soon became a champion for the city’s burgeoning punk musicians. 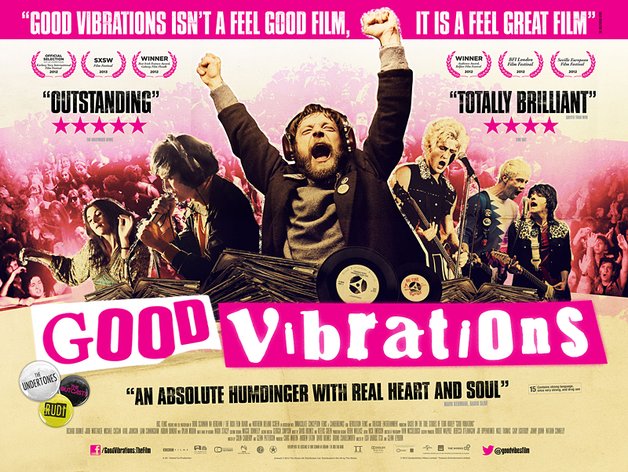 While Northern Ireland was being torn apart by sectarian hatred, punk and new wave bands united their audience. Catholic kids and Protestant kids played and listened to music together, and Terri Hooley’s record shop soon became the scene’s heart. Bombs go off. The Army and the RUC hassle people. Loyalist and Nationalist gangs threaten Hooley and his cronies. He’s roughed up by skinheads. He can’t pay the bills. He doesn’t seem to care: he cares only for music (he’s partying with Siouxsie and the Banshees on the night his wife gives birth).

When no record labels were interested in any of the bands, Hooley recorded them himself, and took the groups on tour around Northern Ireland. Eventually he met a young Derry band called The Undertones. He recorded a song of theirs, “Teenage Kicks”. He took it to London. None of the record companies were interested. So he managed to get a copy of the 7″ single to legendary BBC DJ John Peel. Peel loved it.  The rest is history. 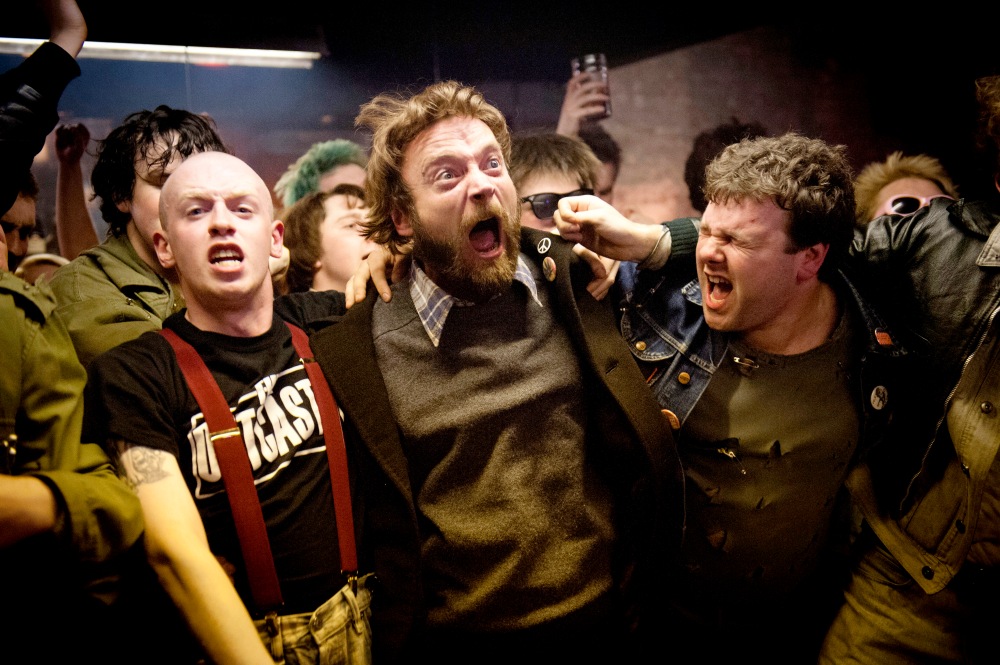 A few familiar faces show up in Good Vibrations: Adrian Dunbar, Liam Cunningham, Dylan Moran. But most of the cast are unknown to me, including the film’s star, Richard Dormer. ***

He’s brilliant: funny, charming, silly, both naive and cunning. The core of his performance is Hooley’s love of music (all kinds: reggae, country, punk, soul. He’s particularly obsessed with the Shangri-Las), and there are a couple of moments when he is overcome with joy listening to a song that are filmed and acted so well you’ll want to jump through the screen and join him, to feel the moment when he hears groundbreaking music for the first time.

Good Vibrations is an affectionate, fun, charming, somewhat sad but ultimately lovely film. It’s practically a nostalgic period piece: now that we live in a time when you can access any kind of music in the world with just a few taps on a keyboard, the film is a reminder of an age when getting your hands on a physical record actually mattered. 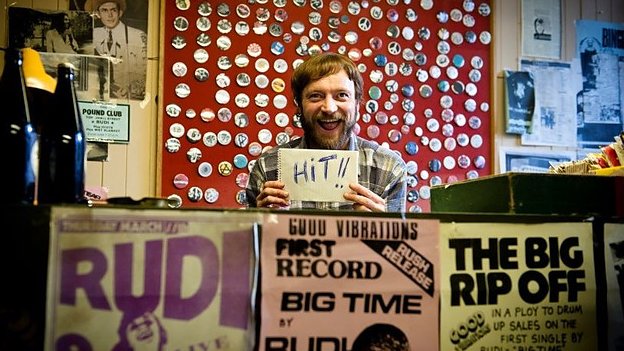 Good Vibrations is probably the only film that deals with the Troubles that will send everyone home happy. And of course it has a great soundtrack, including music by the Undertones, Small Faces, the Animals, the Shangri-Las, Hank Williams, Stiff Little Fingers, the Outcasts, David Bowie, Rudi, and Lee Perry.

*** Since first seeing this, I’ve seen Dormer several times on TV, most notably in Game of Thrones and Fortitude.