Here are a few facts you might not know about Ireland’s national holiday.

Historians still argue about his birthplace, which was most likely Wales (Cornwall and Scotland have also claimed him). He was born around 370 A.D.  Most likely, his birth name was Maewyn, and he was probably the son of a Roman Briton named Calpurnius.

Maewyn was captured during a raid and sold to an Irish landowner as a slave. During his time in Ireland, where he worked as a shepherd, Maewyn began to have religious visions and dreams — including one in which showed him how to escape captivity.

he may have actually been a slaver himself, according to one Cambridge historian.

3. He didn’t actually drive any snakes out of Ireland.

Being an island, there weren’t any there. But he did drive symbolic snakes out: the serpent was a powerful Pagan symbol; getting rid of snakes from Ireland is more about the conversion of Celts to Christianity.

4. While people like to celebrate the day wearing green, Patrick’s own vestments were originally blue. 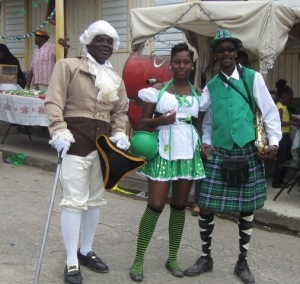 5. St. Patrick’s Day is a national holiday in Montserrat

Due to the Irish ancestry of many of the Caribbean island’s residents. 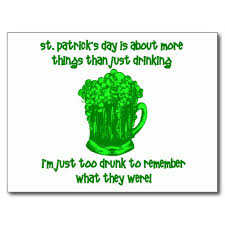 6. Until 1970, St. Patrick’s Day was a dry holiday in Ireland, with pubs forbidden to open.