A while ago I reported that Google’s servers can get a little trippy when they’re left to their own devices.

Google’s neural network can create and recreate strange images that are the stuff of dreams, or nightmares. When the computers start imagining what the Earth would look like without people, run for the hills.

In the meantime, though, let’s get creative. 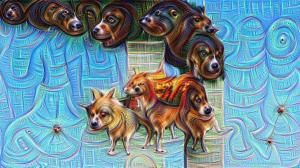 Google has made its inceptionism algorithm available for any programmer to play with, allowing anyone to use the software to make their own surreal images from family photos. 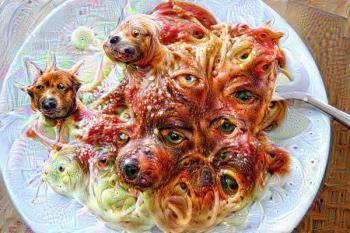 Coder Roelof Pieters has used the algorithm to experiment with a scene from Terry Gilliam’s Fear and Loathing in Las Vegas, running it through the “Deep Dream” software. The bizarre result, which makes a trippy scene even trippier, is currently going viral across the Internet.

Pieters has also experimented with scenes from Stanley Kubrick’s 2001: A Space Odyssey, adding some Pink Floyd to the soundtrack just because, whatever, man.

8 thoughts on “Nightmare Fuel: Now Anyone Can Play With Google’s #deepdream”