Skip to content
Posted on August 5, 2015 by Niall McArdle

John Banville‘s name was surprisingly omitted from this year’s Man Booker Prize longlist. The Irish novelist has been shortlisted for the award several times, and won it in 2005 for his novel The Sea, and many were expecting his name to appear on the list for his forthcoming novel, The Blue Guitar 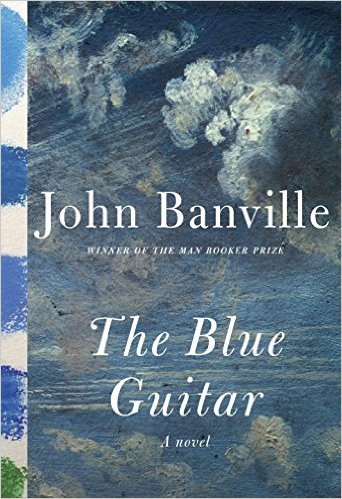 Banville is not an author for everyone: he pens novels filled with beautiful but abstruse prose, and his characters are seldom likable. He is, however, a master prose stylist, and you don’t read Banville to make friends with his protagonists.

Artful . . . Offering familiar Banville themes of memory and regret. Still, there is constant humor, of the sly variety for which the author is well-known, and something more . . . elements of Stella Gibbons and P.G. Wodehouse. Then there’s the sheer pleasure of the writing. Banville delights in descriptions of people and nature, and here he has the added excuse of writing through a painter’s gifted eye. . . . In the hands of this gifted Irish writer, even a potbellied, melancholic petty thief and Lothario offers countless delights.

KIRKUS REVIEWS on The Blue Guitar

Early reviews of The Blue Guitar indicate that Banville will once again bring readers into a story of memory and regret narrated by a narcissistic but self-loathing and highly unreliable narrator.

Equally self-aggrandizing and self-deprecating, our narrator, Oliver Otway Orme (“O O O. An absurdity. You could hang me over the door of a pawnshop”), is a painter of some renown and a petty thief who has never before been caught and steals only for pleasure. Both art and the art of thievery have been part of his “endless effort at possession,” but now he’s pushing fifty, feels like a hundred, and things have not been going so well. Having recognized the “man-killing crevasse” that exists between what he sees and any representation he might make of it, he has stopped painting. And his last act of thievery—the last time he felt its “secret shiver of bliss”—has been discovered. The fact that the purloined possession was the wife of the man who was, perhaps, his best friend has compelled him to run away—from his mistress, his home, his wife; from whatever remains of his impulse to paint; and from a tragedy that has long haunted him—and to sequester himself in the house where he was born. Trying to uncover in himself the answer to how and why things have turned out as they have, excavating memories of family, of places he has called home, and of the way he has apprehended the world around him (“one of my eyes is forever turning towards the world beyond”), Olly reveals the very essence of a man who, in some way, has always been waiting to be rescued from himself.

The Blue Guitar is “at once trenchant, witty, and shattering—about the intricacies of artistic creation, about theft, and about the ways in which we learn to possess one another, and to hold on to ourselves,” according to its official synopsis.

If John Banville might be too high-minded for some readers, his alter-ego, Benjamin Black has written another densely-plotted and highly entertaining crime story. Black’s new Quirke novel, Even the Dead

, will be released shortly after The Blue Guitar. Black’s prose is just as elegant as Banville’s, and both sides of the Irish writer explore similar themes, but Black is arguably much better at plot (a crucial factor in any crime novel.)

One thought on “Black and Blue”