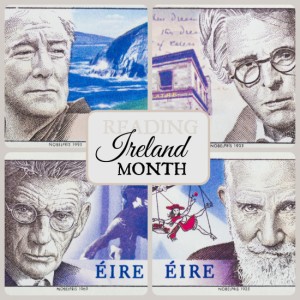 This St. Patrick’s Day will be filled with the usual Oirish nonsense. Sometimes it’s hard to escape it – especially at the movies.

Over the years Hollywood has foisted quite a few shamrock-filled leprechaunish moments on us.

Here are some of the most ridiculous fake Irish accents ever.

Roberts tops the list because she’s been Oirish on two occasions, in Mary Reilly and Michael Collins, and both times she sounded like someone whose idea of an Irish accent came from watching a third-rate amateur theatrical company put on a fourth-rate production of Playboy of the Western World. In South Africa.

Gerard Butler: P.S. I Love You

At least he had the decency to apologize for it.

Oh dear. Couldn’t Colin Farrell have taken him aside on the set and had a quiet word with him?

Tom Cruise: Far and Away

To be fair to the Cruiser, Nicole Kidman’s accent isn’t much better, but then again, she’s a corker!

I once met a woman who was convinced he’s Irish. She was devastated when I told her he’s about as Irish as this guy. I couldn’t actually find a clip from the film with him; perhaps that’s a blessing.

You’ll be blown away by how bad this is.

If you’re lucky you’ll only have to watch this every four years. Or never.

20 thoughts on “She has a boite that shtings! The 7 Worst Fake Irish Accents in Movies”